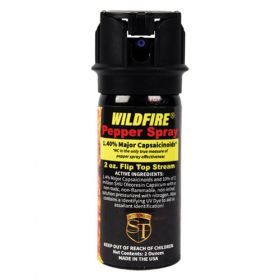 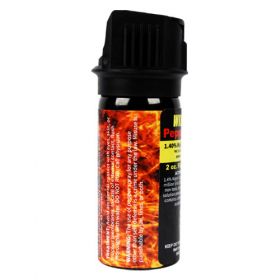 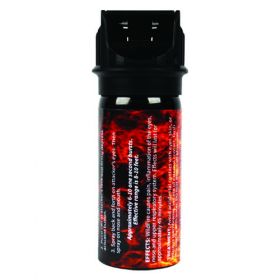 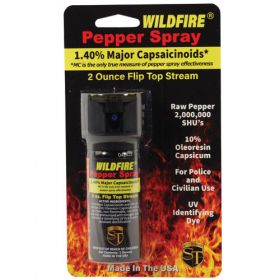 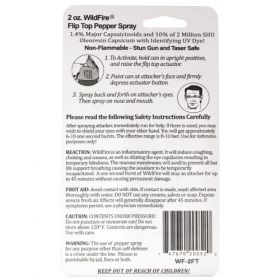 WILDFIRE® PEPPER SPRAY is hot, hot, hot. The Major Capsaicinoids are the true heat measure, WildFire has the hottest on the market at 1.4% Major Capsaicinoids. In addition to causing an attacker pain, WildFire 10% oleoresin capsicum formula swells the mucous membranes, which makes breathing difficult, and swells the veins in the eyes, causing the eyes to close.

Some of the states that have laws regarding pepper spray are:

People often underestimate the potency of Wildfire pepper spray. It is a substance that will take even the largest man and make him stop what he is doing. The person you spray will not be able to see for quite a while and may even have problems breathing. If the person you spray is allergic to pepper spray, then the consequences could be quite serious. That is why you should keep your spray stored in a place where your children cannot have access to it.

When you have pepper spray, you should treat it like a loaded weapon. You should be very careful how you carry it, how you use it and how you store it. It is not a toy and it is not something that you pull out in a crowded place as a conversation piece. It is a powerful weapon that should only be brought out if you intend to use it.

You should keep it as accessible as possible so that you can get to it if the situation arises. If you bury it at the bottom of your purse or your pocket, then you may not be able to access it when you really need it. Wildfire pepper spray is only effective if it can actually be used on an assailant. Make sure that you know how to use your pepper spray container and that you keep it accessible at all times.